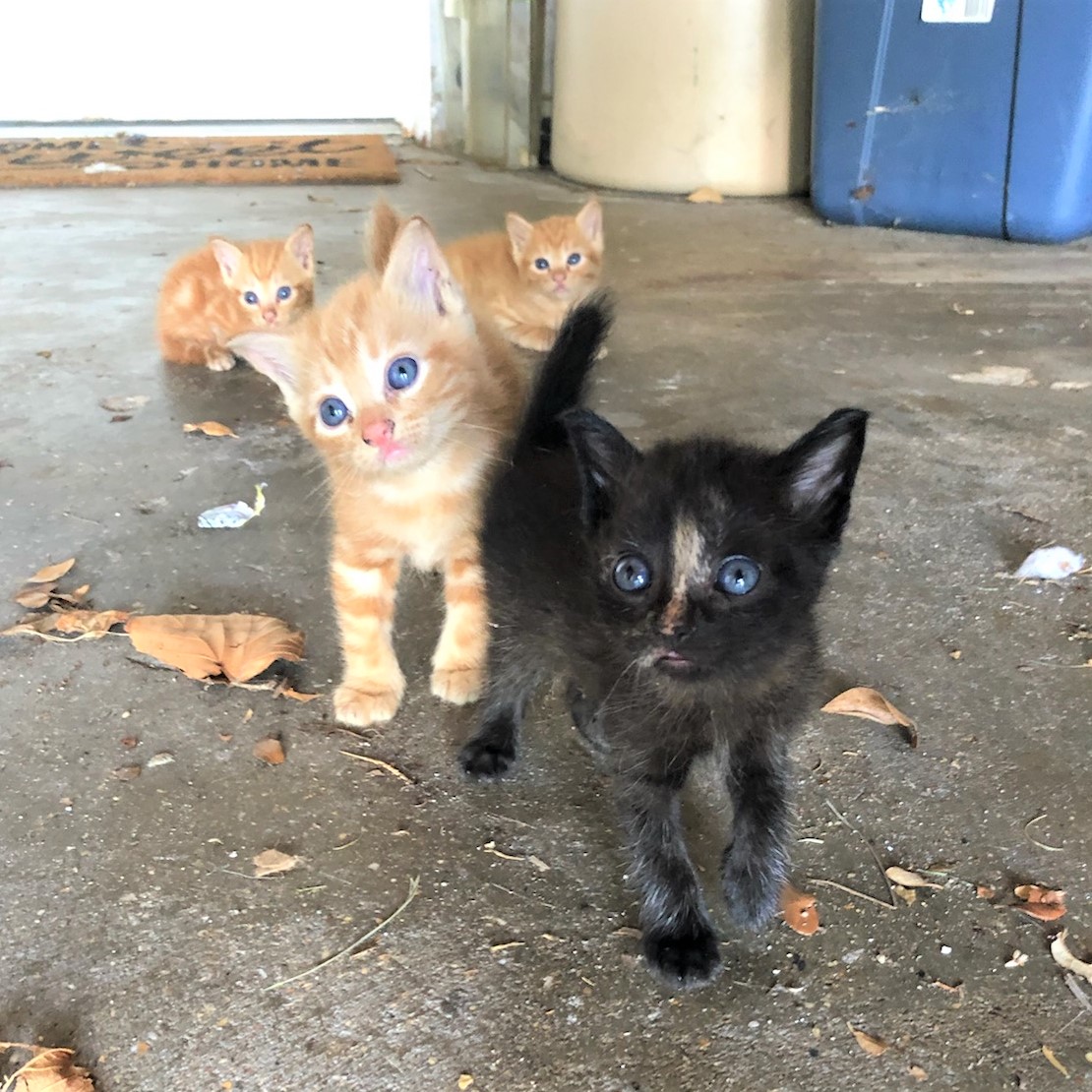 Locally and on social media, cat lovers are cat-shaming helpful good Samaritans who are trying to help abandoned kittens and step in by pulling kitten into captivity in order to get them socialized before they become too feral. If folks follow the Don’t Kit-Nap Kittens message, kittens are to be left out in the wild until they are eight weeks old. If kittens are not socialized with people before eight weeks, they have no chance to become socialized enough to be adopted.

Here is Ellie’s story. Ellie started feeding a couple feral stray cat’s last Spring who turned into five cats by the end of the year. She continued to feed them and this year they turned into 9 cats in early April and then 14 cats by July. Ellie followed the message of leaving the first litter alone and let mom take care of them. They became feral even though Ellie interacted with them. They tolerated being pet but could not be handled. When the second litter showed up, she carefully watched them and tried to interact with them. Once they began running around 20 to 30 feet from where mom had them, Ellie got worried. They were under four weeks old. They did not seem to be getting any bigger even though momma cat was taking care of them. Ellie called several rescue organizations who provided the well meaning Don’t Kit-Nap Kittens message and shamed her for not getting them fixed after the first litter. Ellie could not afford to pay for cat traps – about $50 each and spay/neuter surgery which costs around $85 a cat. Ellie did not have $500 to fix her problem last year; and this year she certainly did not have the resources to fix the now $1,500 problem.

Now what? Ellie called Small Lives Matter Kitten Rescue, by this time in tears and overwhelmed. We said we will figure out a way to help you. Small Lives Matter Kitten Rescue found TNR (trap, neuter return) partners who were willing to help. This dynamic dual were able to trap six of the colony on the first trapping day. They were successful because Ellie cooperated by withholding food. Our rescue took in the 5 littlest kittens and they were approximately four weeks old and were eating dry food on their own. We had to teach them to eat wet food in order to get them hydrated and thriving. The older litter were too feral to be placed for adoption and were included in the TNR caper!

Feral moms usually give birth in quiet, unseen spots where kittens will not be visible for several weeks. With no human contact, they will be totally wild. When kittens begin to romp and play, they are first noticed by humans but are not easily captured. They may be captured in humane traps (available from the Feral Cat Coalition and First Coast No More Homeless Pets) and should be taken from the mother at 4 to 6 weeks of age. Kittens abandoned by their mothers will usually stay where abandoned and starve until someone stops to pick them up. If no one stops, they may stay there and die.

How to Help Community Kittens: